VERA REICHERT is a visual artist from Brazil. Since 1986 she has dedicated herself to plastic arts. She works with paintings, photographs, objects and videos.
In all her photographs and paintings, the reference theme is the WATER, focusing on algae on the surface of the water or corals under the sea.
The images, forms, and colors portrayed in her work also express an environmental concern. She noticed similarities between the stains formed by algae and the abstract shapes of the coral she observed at the bottom of the sea, while diving.
The photographs deceive the eye and the algae formation on the surface of the water appears like scars on the surface, captured from space. What gives that impression is the way the images were taken, from above: from a boat, from a harbor or even just standing still in the water.
The artist portrays the environment, speaking of the scarcity of water on the planet. This relationship between her work and the environment has been featured in several art magazine, newspaper, radio and television interviews. In addition to this, she frequently gives speeches and presentations about preserving the environment and how her work relates to this goal.
In Switzerland she won 3 pages in an art magazine called “Artnatic”.
She launched a 254 pages book in 2017,” The restless eye”. This book traces her artistic and personal journey and her concern about the water in our planet.

View cart “Superfície” has been added to your cart. 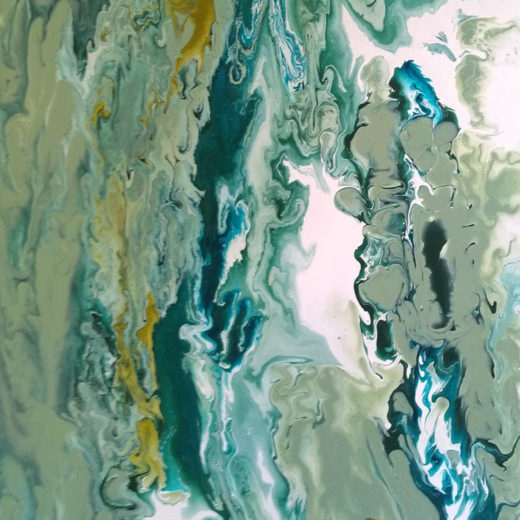